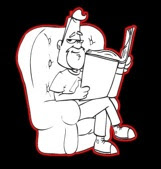 With July coming to a close it felt like the right time to end my first Slasher movie marathon, at least since I launched the blog. I managed sixteen movies, which leaves plenty for the next time I want to spend a couple of months on knife/axe wielding maniacs stalking College Kids! Below is a brief recap of what I watched with links to the full reviews. I hope you guys enjoyed this as much as I did.

I'm thinking of making this a summer tradition since nothing says Slasher movie like a summer camp!

1.     The Funhouse (1981) – Started out with a Tobe Hooper movie, but not the one everyone would expect me to. Light body count but a good killer/creature effect work. And let us not forget the creepy little brother!

2.     The Prowler (1981) – I love the look of the killer in the gas mask. Great kills from the legendary Tom Savini. Creepy vibe and jump scares and a mystery to the killer’s identity

3.     Terror Train (1980) – Jamie Lee Curtis did so many early slashers it was only a matter of time before one popped up on the marathon. I love the setting of the train but wasn’t thrilled with the pacing. Little to no gore but a decent mystery.

4.     Cheerleader Camp (1988) – Lazy filmmaking that was made late in the Slasher movie cycle to cash in on the dying horror sub-genre. The worst one I’ve seen so far.

5.     April Fool’s Day (1986) – Wanted to watch one I liked to cleanse my “palette” of the mess that was Cheerleader Camp. I’ve always liked the story, characters, and twist ending of this one. Plus some familiar faces pop up. This is one of the good ones.

6.     Girl’s Nite Out (1982) – Little known slasher from early in the Slasher movie cycle. I love the killer in the Bear Mascot costume. If you pay attention the identity of the killer is revealed early on. Light on gore but a lot of fun.

7.     The Burning (1981) – More stellar effects work from Tom Savini. The design of Cropsy is very memorable and scary. A must see for Slasher movie fans.

8.     The Final Terror (1981) – Rangers go into the woods and end up dead. Light body count but an early appearance from Adrian Zmed and Daryl Hannah create some interest. The killer sneaking around camouflaged in the woods hunting them makes for a few creepy moments.

9.     Sorority House Massacre (1986) – Crazy brother breaks out of a mental hospital to come back to down to kill his sister. Along the way breaks into a hardware store to steal a knife. Sound familiar? Nothing new or interesting to see here.

10.  Hell Night (1981) – Linda Blair running around a spooky old house while a killer picks off some annoying college students. Yes please! A couple good kills, some nice tension, and jump scares equals a movie that should be seen at least once.

11.  The Mutilator (1984) – What I learned from The Mutilator is don’t piss off your dad! This one is all about the kills. Particularly one kill that has been restored uncut to the new Blu-Ray from Arrow. That alone is worth a couple hours of your time.

12.  Death Screams (1982) – This one is okay. Not a lot of onscreen gore, but we do get some heads lopped off as well as a couple hands. This is best watched with some friends on a Saturday night after a few beers. Don’t expect too much.

13.  Death Spa (1989) – Got to love the ‘80s. Here we get a supernatural killer offing a bunch of beautiful ladies in various stages of undress. As someone who hates fitness nuts that didn’t bother me too much. What did bother me was the slow pacing and padding that drags what should be much more fun flick down.

14.  The Initiation (1984) – A Slasher movie I haven’t seen before! Decent special effects, great cast, and a very cool story. The movie boasts a twist ending that you won’t see coming, but on later viewings will notice they hinted at throughout. It is worth a watch.

15.  Edge of the Axe (1988) – Strange Spanish production shot in Mexico for the television and video market. Lousy dialogue, impossible to follow plot, and unbelievable reveal of the killer. This rivals Cheerleader Camp as the worst I’ve watched for the marathon.

16.  Curtains (1983) – I didn’t catch this one when it was new. Wasn’t until years later that I found a VHS rip to watch. This is a real gem of the Slasher genre with intelligent dialogue, wonderful performances, and an excellent plot. Best yet Synapse put out a great Blu-Ray of the movie.

Going to spend some time reviewing the odds and ends that I normally watch. Though I can feel another marathon coming on. Perhaps a Lovecraft inspired film fest or maybe some demon possession ‘80s style! Stay tuned to find out.

Posted by Gutmunchers Lives at 9:50 AM