An interview with Tim Gross of Grossfest 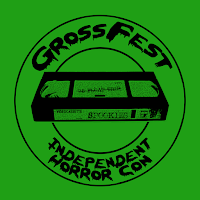 This Saturday July 28th I will be attending the first ever Grossfest in Washington PA. This is a truly independent convention that is focusing on filmmakers that are out there making creative low budget flicks. It is the brainchild of a very good friend of mine named Tim Gross. I thought instead of me trying to convince people to come to the show I’d introduce you to the man himself and let him tell you why you should be there this weekend.

John Shatzer - Since the convention is called Grossfest and you are Tim Gross that must mean you love movies. When did you realize that movies meant that much to you?

Tim Gross - When I was three years old watching Chiller Theater I got sucked in. About four or five years old I seen Creature from Black Lagoon and loved it. But I would say about 10 or 11 is when I really went into overdrive as I constantly searched cable TV in the 80s for horror flicks and shortly after renting two to three films every Saturday and then during the summer I was renting every other day or so. On top of that reading Fangoria cover to cover.

JS - What is your earliest movie memory?

TG - Chiller Theater with Chilly Billy Cardille where my mom allowed me to watch two movies “Twisted Brain” aka “Horror High” from 1972 and “The Creeping Terror” from the 50s.

JS - Before Grossfest there were your books Gross Movie Reviews. What inspired you to review movies?

TG - Just like Grossfest, it started off as a joke. At the time I was writing wrestling articles with a friend that we give away at wrestling shows. But I watched Full Moon movies, Leprechaun flicks, and S.O.V. stuff. And a couple people said you should write a review for them. So I started writing reviews emailing them out as a joke. But I started to like it and was watching more movies and writing more and that was what began as Gross Movie Reviews.

JS - How is Grossfest going to be different from other conventions?

TG - The main difference is it focuses on the independent filmmaker and author. Most conventions always go for the big names which is fine. But I always thought it would be cool to have something for us underground people. Some are budding filmmakers or authors? Some maybe doing bigger and better projects a year from now? Point is something fun for filmmakers, authors, and attendees alike.  This convention isn’t here to compete with others as much as to try and give something different for movie fans that like the independent genre and give them the chance to check out all their projects: books, movies, etc. Maybe meet the next big-time celeb a couple years before they are Hollywood. Who knows? But also, it gives a place for people in this genre to meet face to face. Network man!

JS - Why focus on independent filmmakers?

TG - Why not? Honestly, most conventions any average horror fan goes too they are not paying attention to these talented people or don’t have the money after they dropped a hundred bucks on that latest person to be killed in a “Walking Dead” episode. Plus, most conventions push these people to the side. I have been there. You are paying big bucks for vendor spaces, ads, or for your film to be shown at a horrible time when no one sees it. So why not have an event that is affordable for the filmmaker but a chance to network and show their talent to a possible new crowd of fans they may never have heard of their work? But also make tickets cheap, show only independent flicks, encourage networking among writers, directors, etc. I want more cool independent horror flicks. Grossfest is literally my brain exploded into the hotel room. Most of these people and their projects I have seen, heard of, met them, reviewed their flicks, etc. So that is why I ask, “why not?” If us nerds have truly taken over the earth why can’t there be a small convention that focuses on cool independent talent…

JS - Can you mention a few of the guests that you are excited to have in attendance at the inaugural Grossfest?

JS - Will there be screenings at Grossfest?

JS - If this is a success what do you have planned for future shows?

TG - Another Grossfest or I have thrown out there I want a wrestling ring with Charles Band in one corner and Lloyd Kaufman in another and just sell tickets to that independent death match!

TG - Don’t forget to thank Tom Gross, Terrence Main, and Tammy Main for being the backbone of Grossfest.  Go talk to these talented people at the show you may learn something or meet a new filmmaker that was never on your radar.

JS - Where can we find more information about the show?

TG - Go to www.grossfest.com or the Facebook page: https://www.facebook.com/groups/1883916838523111 for any other details. If need directions or hotel info go to: http://www.thegeorgewashington.com , but also have fun, remember horror movie conventions are supposed to be fun.

Like Tim I hope to see you there as well. I’ll be at the Midnight Magazine table so stop by and say hello. If you like independent movies you need to check out Grossfest and all the talented filmmakers. If we don’t support them and guys like Tim Gross, then we deserve the generic garbage that the Hollywood machine spews at us every year! So get off your keister and have a good time.