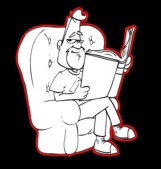 Okay before I start off with this review, I want to be transparent and let everyone know that Pete is not only a frequent collaborator with me but is also my friend. That said I’m not going to give him a free pass and will treat this review like any other book review that I have or will do in the future. Anything else wouldn’t be fair to you the reader nor Pete.

Tales is a collection of short stories set in and around the environs of 42nd Street back in the seventies and eighties. They cover the gamut from ghosts and werewolves, to corrupt cops, and mobsters. While I enjoyed all the stories, I’m going to highlight the ones that I found the most fascinating and fun. With this out of the way lets jump right in.

The Acquisition is a tale about a pimp named Omar who goes overseas for some new “talent”. That is a fancy way of saying he collects himself a lady vampire who they chain up and charge customers to do what they want with her. Omar is more than a little sketchy and eventually greed as well as the need to feed Lilith someone other than the paying customers causes things to get a bit dicey. Lilith eventually gets loose, and things get bloody. The moral to the story here is that you never ever piss off a vampire! I loved the supernatural bits as this is a much different take on vampires than I’ve seen before. The “monster” here isn’t the undead but the scumbag Omar. That was a fun twist. 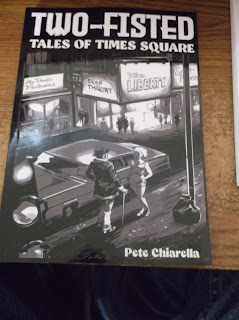 Retribution is a fun ghost story… well maybe not fun. Candy is a working girl who is kidnapped, brutalized, and murdered by a serial killer. She can’t move on and eventually finds a drunk named Joe who can hear her. She talks him thru stopping the killer and saving his latest two victims. This is a shorter story coming in at seven pages but is another cool story and something that I’ve not seen before.

The third story I wanted to call out is The Fixer. This has a recently paroled mobster named Vince getting out of jail. We get to see him doing some collections and making bank. His work is noticed and soon he is fixing things for all sorts of folks. I’ve always been a fan of mobster movies and stories so seeing a low-level guy doing his rounds was fun.

There are also stories about a werewolf hitman that actually is mostly just about him being a hitman and not a werewolf. That was an unexpected twist but was cool. There is also a cool bit with an old theater and a slasher movie that causes some issues for a pain in the ass kid. Another story has us following a repurposed location that used to be a peep show but is now a burger joint. That one is a lot of fun.

There are also some characters that pop up in multiple stories as Chiarella uses them to establish a common world where all these events occur. There are crooked cops, an unfortunate former massage parlor employee (she maybe should have stayed put!), a pair of mismatched hustlers, and of course a cool dog. Between the setting and these characters all the stories in Two-Fisted Tales of Times Square fit together nicely. That means they can be consumed one at a time or you can sit down with the book and read them in one sitting. Either way this is a lot of fun. I recommend checking the book out. If you want to get yourself a copy email Pete at mr42ndstreetpete@yahoo.com