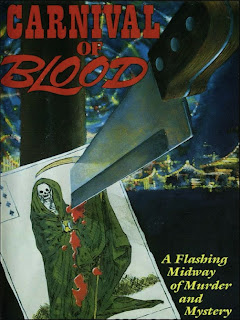 I stumbled over this disjointed mess of a movie recently. Since it “stars” Burt Young from the Rocky movies under a different name I thought I’d check it out. Who wouldn’t be fascinated by a movie that even Burt Young doesn’t want anyone to know that he did?

The story is about a killer picking his victims out from the crowds at Coney Island. They are always ladies and, in most cases, very annoying ones. That is why the movie opens with a couple arguing while they visit at night. The woman’s name is Claire, but before we see anything happen the action then moves to a couple sitting in front of their apartment building. This is Dan, who is a new assistant District Attorney and his lady Laura. It is also daytime so did nothing happen to the earlier couple? After proposing and some sexy times… not very actually… we go back to Claire and her boyfriend again at night. What the hell movie?

Stuff happens, Claire is unbearable, and then she gets her head cut off in the funhouse. Later we see Dan and Laura arguing because he wants to get picked for the big murder case and decides to take her to Coney Island to investigate. More annoying ladies play a dart game run by Dan and Laura’s upstairs neighbor Tom. There is also a palm reader that can apparently see when the ladies are going to be murdered and tries to get them to go home. And Burt Young plays Gimpy the disfigured hunchbacked red herring. Yeah, it was Tom all along.

Carnival of Blood was a miserable experience. The narrative is choppy as it never stays with the main characters long enough to build any momentum or hold my attention. It keeps pulling away to show us the next random annoying lady that is to be killed. And holy crap are these characters annoying. Nasally voices screeching in that God Awful New York accent had me rooting for the killer from the very start. I’m sure that we are supposed to be rooting for or at least concerned for Laura, but she is as annoying. Then again, her fiancé Dan is a bit of a dick as well. God help us but Gimpy is probably the only sympathetic character in the movie! 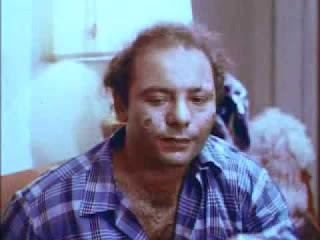 The movie was shot by a prolific porn director named Leonard Kirtman which explains a lot. Most of the dialogue seems improvised, the movie is mostly shot with a handheld camera, the lighting isn’t great, and as stated above characters float in and out. All of this is standard fare for the, at the time, adult movie business. It doesn’t surprise me that when he made a straight film like this that it had many of the hallmarks of the flicks he was already making. Those movies worked because no one cared about character and dialogue but here that is all we have. It just doesn’t work and makes for a long and boring viewing experience.

There are only four kills, but they are ambitious for a no budget early seventies movie. There is the beheading and a couple stabs to the gut, one with some intestine pulling. Though my favorite was an eye gouging that while it looks silly was still a neat gag. We also get a weird twist at the end where our killer was supposedly disfigured in a fire when he was a kid so when he dies there is a terrible effect with him wearing fake skin.

This isn’t worth spending time or money on. Even the neat scenes shot at Coney Island (obvious gorilla filmmaking) capturing that special moment in time aren’t worth the ninety minutes you have to grind out on this turkey.