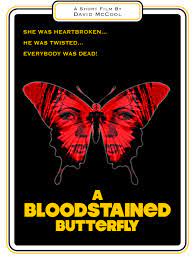 Time for another mystery as the first annual Giallo marathon rolls along. This time it follows the murder of a young French girl. The action kicks in when her body rolls down a hill and is found by a nanny. The action is furious as we see a figure in a trench coat running away from the scene. The police are called and give chase but the suspect escapes. After some investigation and speculation by the characters a witness comes forward and identifies a local sports anchor, Marchi, as the man that ran away. He knew the dead girl since she was his daughter’s best friend. He goes to trial and ends up put away in jail for the crime.

But when more girls are killed in a similar way the authorities are concerned that they have imprisoned the wrong man. This is bad news for Marchi’s wife and lawyer. Mostly because they have been having an affair and weren’t sad, he was out of the picture. We also find out that Marchi’s daughter is having an affair with Giorgio. He was the boyfriend of the dead French girl and seems to be really messed up by her death and because of that gets a bit rough with his new lady. This leads to a lot of sexy times… a lot of it. This is a Giallo, so we do expect some sleaze and The Bloodstained Butterfly doesn’t disappoint.

Marchi is eventually released since the killer is obviously still on the loose and he wasn’t the murderer of the young woman. Or is he? There are some more twists and turns before we get to the end. One that is both a neat twist and a satisfying comeuppance for those responsible for the mayhem.

I enjoyed the heck out of this one. First, I dig how they tied the title into the story. Gialli tend to connect the title to the primary victim that kicks off the killing or sometimes it is a clue to the identity of the killer. Here the French girl has a butterfly necklace as well as some sort of band around her books. It’s bloodstained for obvious reasons. Not hugely important to the story, but again it was a fun bit.

The story can be confusing as we are introduced to characters in rapid succession and early on it can be hard to follow who is who. But as the plot progresses the characters are fleshed out and pared down so that things begin making more sense. I think that the early confusion helps keep the audience off balance, which makes the overall who done it feel to the proceedings more satisfying. The filmmakers walk a tightrope here as I never felt totally lost, which would have had me checking out, but instead it made me pay more attention to what I was watching. In the end when all is revealed it was worth the effort to stick with the story and I was pleased.

The music was noticeably good. There is a bit at the beginning of the movie where we seamlessly transition from a classical soundtrack to a jazzy version of the same music. The fact that it also ties into the story later and serves as a clue is nifty. At the time thought I thought it was just a creative choice and enjoyed it.

This isn’t a body count sort of movie. Here there are only three deaths and none of them are terribly explicit either. Though there are some gruesome autopsy photos that pop up onscreen and linger a bit. They are so disturbing that I wouldn’t be surprised if they were real. We don’t see the actress’ face just some nasty stab wounds. Other than that, things are rather tame. Again, this isn’t the kind of movie that needs a lot of gore as it is leaning heavily into the who done it aspects of the story instead. Still those photos are going to stick with me, so good job movie.

I’m trying to keep my review spoiler free so there aren’t many more details I can go into. Bottom line is The Bloodstained Butterfly is a cool story with lots of suspects and an eventual reveal that I enjoyed. I recommend that people check this one out. It really is a good time.

Posted by Gutmunchers Lives at 4:13 PM