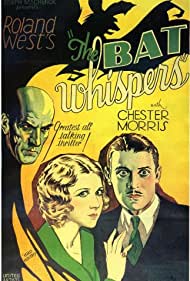 This is another mystery movie involving an old dark house. This time we get a master criminal, the Bat, hanging around for reasons that only he knows. Well, I guess we eventually do too. The story kicks off with the police surrounding a wealthy man’s home. He has just purchased a priceless necklace and famed thief/criminal the Bat has promised to steal it at midnight. How is he going to pull of a heist after telling everyone when and where it will happen? By doing it right under their noses after they relax due to some clock shenanigans. He leaves them a note telling them he is leaving for a while to give the police a break.

We then see that someone has stolen a bunch of money from a bank in a small town. The criminal takes the cash to an isolated old house in the middle of nowhere. He is followed by the bat, but is he an accomplice or is it for some other nefarious reason? The lady who is renting the home, her maid, and her daughter, or maybe it was her niece I’m not sure, aren’t aware of what is going on. Except for the fact that the young lady is secretly engaged to the bank clerk that is suspected of taking the money. She passes him off for the new gardener so that they can search the house for a secret room. Why? You know they never explain how she comes to think that the cash is at the house but that isn’t important I suppose. In the end all is explained, the Bat is unmasked, the money recovered, and everyone lives happily ever after. Except for the Bat who is tied to a tree.

I’ve seen the remake of The Bat Whispers starring Vincent Price but haven’t ever watched this version until now. I have to say it is outstanding. The story jumps around a bit, but eventually explains things. The characters are entertaining, and the acting is very good. Though not to sound like a broken record but with these older movies you need to understand that these are all stage actors, so they emote a bit which comes off to a modern audience as overacting. But remember they are used to playing to those sitting in the last row.

The story itself gives you everything you would want from a movie like this. We have lots of characters sneaking around doing potentially sketchy things like lurking in the shadows, unlocking doors, asking about misplaced revolvers, giving vague warnings, and looking for hidden rooms. It gets to the point that we the audience don’t know who to trust. The stream of people coming to the house that night all seem to have ulterior motives that may or may not be on the level. That makes for a fun time, and I was never bored by The Bat Whispers. 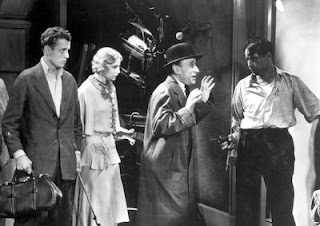 This is also one of the most creative movies that I’ve seen from the early “talkie” Hollywood years. The camera not only movies around the sets but we get some awesomely creative bits like when it sweeps up a building into an open window only to zoom in on a letter that the character is holding so we can read it. You just don’t see camerawork like that very often in the thirties or even forties. There are also some wonderful silhouette shots of the Bat moving around as he climbs all over the sets going about his nefarious business. This movie has a creative vibe that is unique to itself. It feels like an illustration from a pulp novel that inspired stories like this. I loved it from start to finish.

There are rumors that this was an “inspiration” for the Batman. If you are aware of Bob Kane’s history you would know that he was “inspired” by many things, so this is possible. If you want to know why I keep using quotes like that Google Bob Kane and it will all be explained. That said the movie does have that dark feel that many of the early Batman stories do. Though he is a good guy, and the Bat is a killer. This movie has a lot going for it and I recommend everyone check it out. I highly recommend The Bat Whispers.