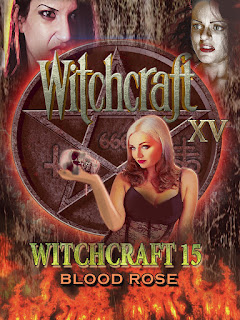 As you know this is the second of three movies that are connected with a single storyline. In that movie Rose and William destroyed the angel of death preventing him from summoning the other half of himself from hell to destroy the world. They do love those summoning storylines in this franchise. But what are they going to do this time around? His right-hand lady, Sharon, uses Rose’s power to kill some people so that they can be used to summon the angel of death again. Seriously another summon a bad guy to destroy the world story? After some Freaky Friday style shenanigans and a few dead bodies William shows up in the nick of time to help Rose defeat the coven and prevent the resurrection from going down. There is a twist though that sets up the third and final movie.

Sitting thru Witchcraft XV is like watching paint dry. It is a tedious experience that leans heavily into a trick that the Camp Blood franchise, also from producer David Sterling, the reused footage. This movie is only an hour and twenty minutes long and the first nine of that is a flashback to the ending of the last movie cut into some lady-on-lady stuff to pad it out. But mostly it is just the end of the movie all over again. Then we get thrilling bits of talking on the phone, walking up stairs, “witty” banter between the cops (Lutz and Garner are back), and of course lots of reused naughty bits from earlier movies. Toss in six minutes of end credits and you can see they didn’t have much in the way of story. Did this really need to be three movies? Hell no it didn’t! 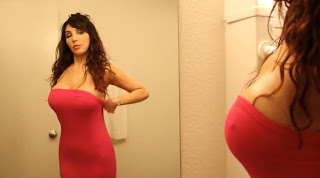 Continuing on I’m going to sound like a broken record. The audio is bad, the camera has issues staying in focus, and the acting… oh man the acting. The actor that plays William, Ryan Cleary, has zero emotion in his delivery. But hey that means let’s use him a lot more here than we did last time. That is a good idea, right? He isn’t the only bad actor in this one as the character I think they are going to try and make the new villain is an awful actress. Why make that choice? It is a Witchcraft movie so the decision tracks.

Joe Bob Briggs fans might get a kick out of seeing Darcy, aka. Diana Prince as a hooker. Spoilers she apparently can’t keep her shirt on! Other than that, this is going to be another utterly forgettable exorcise in crappy cinema that never should have seen the light of day. I’m really getting annoyed. Don’t watch this or any other Witchcraft movie.

Next up Witchcraft XVI: Hollywood Coven

Posted by Gutmunchers Lives at 2:43 PM